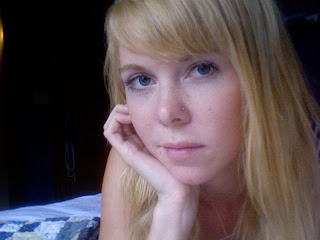 Well, bless my soul
You're a lonely soul
Cause you won't let go
Of anything you hold"

One Republic's song has been playing in my head all day. The line that cuts me the most is also the one that has convicted me: "You're a lonely soul, cause you won't let go of anything you hold..." Surrender is an action on which Christianity is firmly founded. There is true freedom (often accompanied by fear) when you realize that the amount of control you actually have over your life is miniscule. But the freedom comes in acknowledging that God is sovereign over all, is in control of everything and has our good in mind. Letting go allows us to see God move. It requires faith. Trust. A daily, maybe hourly, decision to let go and not take what we had surrendered back to try and figure it out on our own.

I've seen God move in areas I've surrendered to him and I am so in awe of His faithfulness. But when it comes to love, the ability to surrender is often crippled by whispers of the past, wonderings what could have been and deeply rooted feelings. While I feel like I've surrendered so much, the fruit of my present predicament points to the fact that I'm still holding on to something. Because I won't let go, i'm disabling myself from fully committing or wanting to move forward in anything else, relationally. And there is no one to blame but myself. I won't play the role of victim or ask God 'why?' any longer; it's time to accept that I am currently in this place because I have chosen to be. I say this without being guilt-ridden and self-degrading, but with hope in the freedom this realization brings.

I love how on One Republic's CD, the song that follows "Say" is "Mercy". It's like the first song is meant to convict you or propel you into a state of self examination, and the latter is meant to remind you how much mercy surrounds you, right where you are. Whether or not Ryan Tedder and the band intended to order their songs for this particular reason or I'm reading into it way too much, it is comforting nonetheless.